Pikabugs have been around since 1998, and some continue to live on in the hands of collectors! Check out the Pikabugs that are currently accounted for! 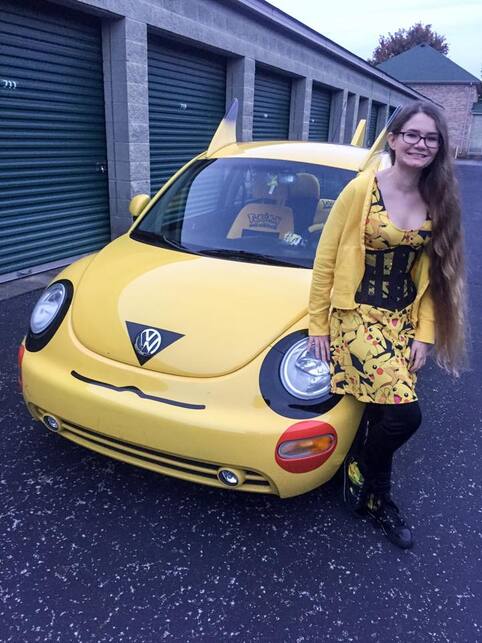 PikaFreakRachel was born and raised in Kentucky . She fell in love with the Pokemon games and anime and became a Pokemon Trainer at the age of 10 in 1998. Years later, and still a 10 year old Trainer at heart, she has a collection of over 5,000 Pokemon items mostly featuring her favorite, Pikachu, which includes a Nintendo Pikabug, PIKA3.   Hers is one of the more heavily used Pikabugs, being used in the Macy's Thanksgiving Day Parade, Journey Across America Tour, and other promotional events. When Nintendo was done with it, it was sold at auction purchased by a used car dealership and nearly destroyed, having the ears and tail removed, mouth and feet decals removed, then left parked on the streets of New York until February 2012, when it was put up for auction again via eBay. It was love at first sight. Rachel bought the Pikabug sight unseen, and has lovingly restored it back to the way Nintendo had it. An avid otaku, she now takes it to the many conventions that she attends in Kentucky.
Contact: pika_freak_rachel@yahoo.com
Facebook: Pikafreakrachel 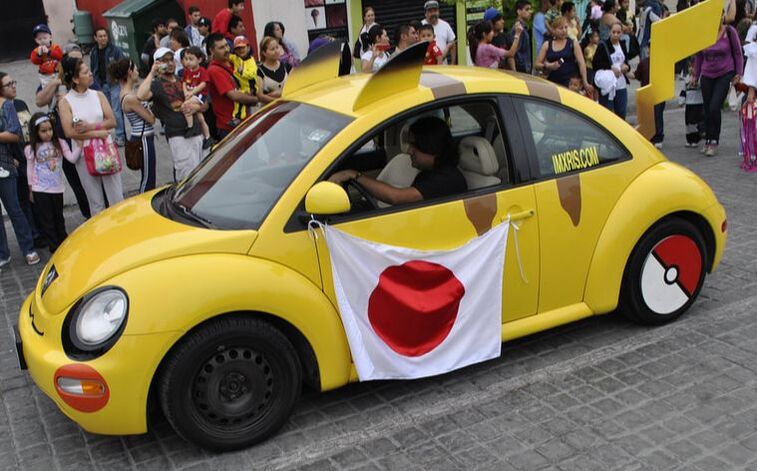 Xris bought PIKA5 from an ebay auction in 2007, sold by the same dealership that bought PIKA3. 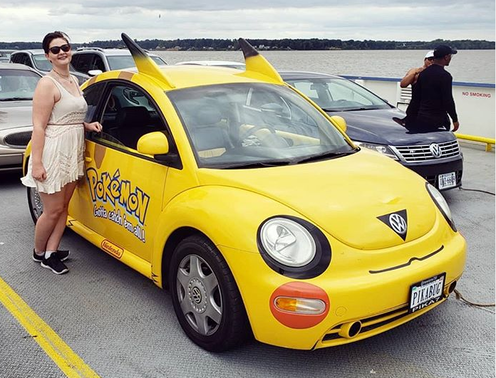 Grace has been collecting Pokemon since 2011. She has always had an interest in Pokemon promotional items and history, but never thought she would own such a rare piece of Pokemon promotional history. She owns PIKA7, the only TDI (Diesel Engine) Beetle of the fleet. PIKA7 was given away in a contest sponsored by KidsWB and AOL back in 2001 promoting Pokemon the Movie 3.

She is in the process of restoring PIKA7. You can follow progress of restoration on her Facebook page, Keeping Up with Pikabug7.

Senior network engineer by day, hardcore-spinning vinyl-junkie by night, and Pokemon collector all day.  Sean has been collecting Pokemon since it came to America 1998, and acquired PIKA10 back in 2005 as a college graduation present to himself. He considers it the prize of his collection, and takes it to carshows, special events and conventions all over the east coast, including Katsucon, Anime Mid-Atlantic, MAGFest and Anthrocon. 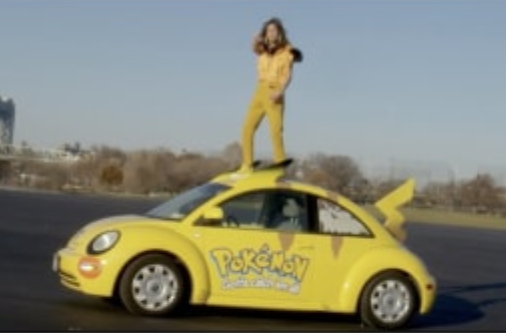 Her father, being in the toy business, purchased this Nintendo replica Beetle FAO Schwarz sold for ToyAlexa when she was 7 years old in 1999. It has been in her family ever since and still lives on as a special reminder of Alexa's father.